What is Really Known about Raspberry Ketones and Weight Loss? 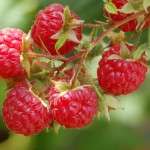 The other day I was talking to one of my co-workers, a physician, about raspberry ketones.  If you’ve not heard the buzz lately, spurred by a February episode of the Dr. Oz show, raspberry ketones are the latest in reportedly “safe” weight loss supplements. My colleague Jeff, said that since he’s been taking them, he’s felt increased satiety, and decreased urges for snacks at night and as a result, he’s lost several pounds.

I asked him if he knew how they worked and what caused the effects, but he didn’t. Intrigued I took it upon myself to investigate the published literature on weight loss in humans, reported safety and side effects and find out exactly how much was known about them.   Frankly I was both intrigued and surprised at what I learned.

What are Raspberry Ketones?

Raspberry ketones are  naturally occurring phenol compound, or carbon ring,  in you guessed it…Raspberries.   Many phenols are known to have anti-oxidant properties and they quickly diffuse into cells due to their small size. As a result, foods rich in phenols are frequently considered health foods. Raspberry ketones are also aromatic and used in the food and fragrance industry for it’s fruity odor. It has been classified by the FDA as “generally recognized as safe” since 1965.

Raspberry ketones can be extracted from whole rasberries yielding about 1-4mg per kg of raspberries, or they can be synthetically produced in a lab.

What are the dietary effects of Raspberry Ketones?

In both cases, the mice were fed high fast diets.  The differences in the two experiments were that one diet included three different concentrations of the added ketones, and in the other the mice acted as their own case controls by switching from a high fat diet to the same diet with ketones added.

What were the results? Three main findings were noted by the researchers:

In a second experiment performed using immuno-assays by the Korean Food & Drug Association, individual fat cells were treated with raspberry ketones and the amount of fat breakdown (lipolysis) was measured.  Their conclusion was that use of raspberry ketones “holds great promise as an herbal medicine since its biological activities alter the lipid metabolism.”

So do raspberry ketones work in humans?

Believe it or not, I was unable to find ANY published study, peer reviewed or not, that investigated the use of raspberry ketones in people!   one study was done in male rats, and a second study was done on individual fat cells in a test tube. This second study was performed by the Korean Food & Drug Association.

In fact, the only studies that have been done in humans with raspberry ketones were in hair regrowth and skin elasticity.

Think about that for a minute!   No human studies on their effects of fat metabolism. one test tube study showing that there is an increase in fat breakdown. One study in male rats fed a high fat diet.

There is is absolutely no evidence for the claims that raspberry ketones aid with fat loss in humans when used as a dietary supplement.

But COULD they work?

Sure…they could work, they certainly seem to do something in rats.   Do you eat like the laboratory rats? How much do the laboratory rats exercise? Are these rats genes like human genes as far as fat storage and weight loss? Would you be willing to forgo a sound diet and your regular exercise routine to match the conditions in the lab based study?

Raspberry ketones are generally regarded as safe by the US FDA, but until recently they have not been consumed and marketed as much as they are now.

Raspberry ketones have been used on one trial in male rats and in one in vitro study that showed effects on weight loss, prevention of weight gain due to a high fat diet and direct observation of lipolysis

No human studies exist to establish similar effects or dosages.

How Swimming Helped me Lose Weight