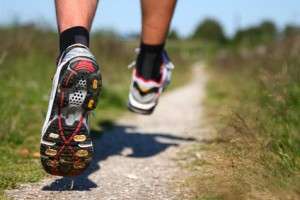 Some key features here in my mind about this discussion is that it’s not so much the shoe that matters but how you run in that shoe.  The orthopedist who commented noted that his running form changes that he has learned from going unshod have transitioned to when he wears padded shoes.  In other words, he’s wearing padded & cushioned shoes at times, yet still runs as if he is running barefoot

I’ve noted that myself as well.  The running form that I’ve adopted from running barefoot, running in 5 fingered shoes as well as in minimalist shoes now carries over to any pair of shoes that I wear.

The difference lies in how the shoes or lack thereof encourage you to run.  If you are a “heavy heel striker” as one commenter noted, you simply cannot do that in minimalist shoes with little padding, you’ll be forced to change.

But this isn’t the only difference in the running styles that are encouraged.

Get out of Your Own Way!

More important than whether your heel or mid-foot lands first is where that foot lands in  relation to your center of gravity. If it lands out front, it’s like putting on the brakes. If it lands underneath your body, there is less impact and it’s spread over a longer period of time where your foot is “applied” to the ground.

if a  highly padded shoe covers up that sensation of meeting the ground, making changes is hopeless. So decreased padding improves sensory feedback with the foot-ground interaction. 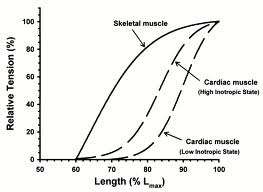 Another component to consider is what’s called “drop”.  The drop is the amount of difference measured in millimeters between the heel of your foot and the forefoot.

Six inch heels would be an example of an extreme amount of drop.  There are six inches of drop from the heel to the forefoot!  (Ouch)…think of the amount of pressure that sends to the forefoot…bunyon pain anyone? and how it impacts running mechanics!

It’s extreme, but then lets scale that down…2 inch heels? 1 inch heels? how much heel is acceptable? How much  drop did our ancestors have?  Barefoot Kenyans (anyone who is barefoot) have Zero drop…this is the default state!   Soles of shoes are meant primarily for protection from the ground.   Native Americans used animal hide to make moccasins…so a little bit of protection, but how much drop?  That’s right…Zero!!

Zero drop allows the Achilles & calf muscles to be stretched to it’s natural length.  This pre-stretching is what gives a muscle it’s strength.   This is known as the Starling Curve, named after physiologyst, Frank Starling.

All muscles will perform on a stretch-contraction curve meaning that just the right amount of prestretch will increase the muscle force.   Too little or too much (as in the case of heart failure) results in decreased muscle force & contraction.

OK, so it should be clear that there are  a lot of different issues to consider when looking at our feet.   Support can mean a lot of things…padding, heel rise, constricting structure around the forefoot, “butted” support on the heels ot restrict side to side rolling (this is a natural movement by the way).

What is Traditional Running Anyway?
By now it should be evident that I am a big fan of developing improved running mechanics for everyone.   It’s fine that a lot of people running “traditionally” as in “late 20th century style” don’t have problems.  What what limitations are the imposing on themselves? How much faster could they run with improvements in efficiency? With decreased braking forces? With decreased ground impact forces?

What future problems are they avoiding by improving form now rather than waiting until pain & injury develop?

In my case, I had the occasional problems with plantar fasciitis as a youngster, but the pounding of running on concrete..and on the soccer field, didn’t bother  me when I was sixteen, twenty-two or even thirty.  But eventually it wore me out to the point where I could no longer run. I’m convinced that part of the contribution to my ruptured disk in my lumber spine was the continuing impact from the running form I adopted when I was nine…the form encouraged by the expensive state of the art running shoes!  (Curses on them!!!)

Without ongoing population studies, proof of these thoughts will be elusive but ask anyone who has overcome injury and been able to run again that the “minimalist trend” is here to stay.   Wherever you lie on the spectrum, always strive to minimize impact and maximize the free forces out there working for you, gravity…and the support of like minded triathletes!

Musings on Padded Shoes vs. Barefoot

Triathlon Run Training – How do Arms play a part in Running?