Now that you have completed your first triathlon, you are probably wondering what type of Triathlon Schedule will help you achieve your goals for next year. As an example, I had an athlete email me who had just completed her first triathlon last month, and her second sprint triathlon just this past weekend. Her goal is to do an Olympic distance triathlon by next September and she would like to have some small goals along the way.

What kind of triathlon schedule will help her reach her goal by next September?

These are some ideas of how she can get her fitness where it needs to be.

Fall (Oct-Dec): “Off Season” – Off Season is a relative term – it does not mean don’t workout. It means to take a break from your typical run/bike/swim/repeat and do some other sports and activities.  Expand your physical horizons and try somethings that involve lateral movement, flexibility or maybe some explosive muscle power…things that tend to gradually decline during your triathlon training. By doing this, you keep your mind fresh, keep your body engaged in new movements and strengthen neglected areas of fitness.

Winter (Jan – March) : “Power Building” – Now I know this isn’t what you expected…you expected me to say “Winter Base Training”.  Well here’s the thing. For those of you new to the triathlon training world, it used to be that winter was a time for “long slow distance” riding and exercising, with nothing over a conversational pace of exertion. The thinking was that this was the best way to build not only endurance, but the best way to maximize your “aerobic engine” and prepare your body for more intense work to come.

But recent studies of different training ideas in addition to sound understanding of physiology tells us that the “aerobic engine” can be built much more efficiently, and with much less time in the saddle, by increasing the intensity of our winter workouts. Threshold training is the new base training.  Sort of.

This is really a big topic to cover in a single blog post, so look for more ideas from me about this topic soon.  I could probably write a book about it, and in fact, I do a lecture called “Exploding Winter Base Training  Myths” for our local triathletes.

Spring (March-June): “Specific Power and Endurance” By spring time, if our athlete has followed  a winter of sound aerobic engine building, she’s developed a lot more power than she had in the fall, but has possibly lost some endurance. Depending on the distance of her goal event, now is a good timeto start adding distance to her training workouts. While this may sound backwards compared to some traditional ideas about periodized training, It makes a lot more sense from a practical and physiologic point of view. Practically speaking, the days start getting longer and by mid march there are 12 hours of sunlight every day. Time for longer outdoor training makes it much more likely that  it will get done. The strength and power built in teh winter will come into play here making the outdoor rides relatively easier than if she’d been doing nothing but trying to increase training distance.

Also during this time, she shoudl consider scheduling at least one or two sprint triathlons. She’s already got two under  her belt, so she can use these events to hone her transition skills and shoot for personal bests in each leg or in the overall sprint triathlon.

Fall: (June – Sept): Now is the time to really focus on the goal event, the Olympic distance triathlon she had picked out. She’ll want to make sure she can complete the distances, incorporate regular bricks and practice her race intensity during  her workouts.

This simplified triathlon schedule would help this new triathlete have a well rounded season plan and still accomplish her goals for next fall.

If you are a more advanced triathlete, you may find that waiting until september is too long for you to attempt your first olympic, but every triathlete will need to map out their own season according to their goals. 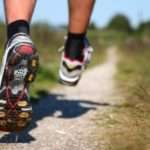